Looker traditionally put a lot of resources into manually onboarding new accounts. But the company also wanted to make sure it was providing the right support to new users within existing accounts who may not be familiar with how the platform works or its full set of features and functionality.

Looker identified key processes that would best demonstrate the power of the product to new users, while also keeping them engaged and wanting to learn more. Using Pendo, they built in-app guides that broke these processes down into discrete steps, helping new users stay on the path to realizing the full value of a powerful, complex tool.

Since deploying these in-app guides, Looker has gotten overwhelmingly positive feedback, both internally and from customers. The company has also seen high engagement, with 25% of new users choosing to access its new onboarding tour, and 75% of those users choosing to go on to the next guide. 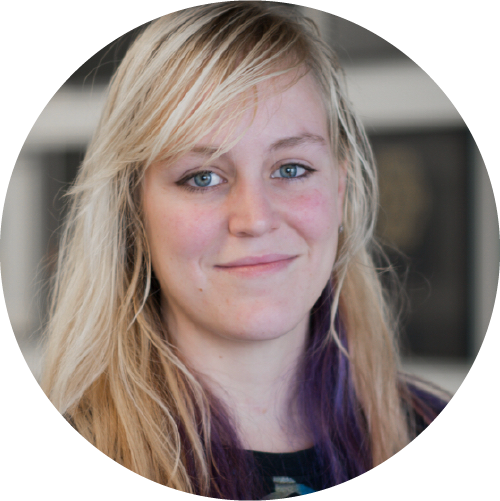 For us, Pendo means scalable customer success for everybody. It goes out to all of our customers and reaches many more segments than we could ever hope to cover with customer success managers alone.

There’s a reason why data has been called “the most important currency used in commerce today.” It now plays a paramount role in guiding nearly every aspect of business strategy. Of course, data is only as powerful as the insights you can glean and the actions you can take based on it. This is where Looker comes in. Now a part of Google Cloud, Looker is a data analytics platform that can give teams insights into every conceivable facet of their business. It’s a tool so powerful that it can be tricky to onboard new users and keep them from falling off the learning curve. To optimize its onboarding process, the Looker team turned to Pendo.

“The problem we were trying to solve has been a problem since the beginning of Looker and has expanded as it gets more complicated and advanced: It’s a difficult product to learn,” said Molly Lippsett, a technical program manager on Looker’s user success team. As the product grew in power and feature offerings, Looker began to see its first-time user retention numbers going down. Historically, the company put a lot of resources into onboarding new accounts manually using sales engineers. It spotted an onboarding deficit, however, for new users of existing customer accounts. When it came to these users, Looker simply lacked the manual resources to undertake human-to-human onboarding. “Pendo gave us the opportunity to think about putting steps to mitigate that problem directly into the product,” Lippsett explained.

To remedy the situation and ensure new users learn about all that Looker had to offer, the user success team did some research and identified a few absolutely essential features to demonstrate at the outset of onboarding. They used Pendo’s in-app guides to walk users through the steps of these processes, familiarizing them with the product without overwhelming them. In the process of building these guides, the Looker team also found ways to make its own product simpler and easier to use. “We’ve actually been able to take some data back to our engineering teams and say, ‘Hey, this is actually kind of complicated to explain to our users. Maybe we can make this easier in the product,’” said Lippsett.

A month into deploying these new onboarding guides, the results were already clear to the Looker team. It was a win for customer and company alike. “For the customer, they are getting trained users able to obtain quick value from Looker by understanding their own company’s data,” said Brian LaFaille, global lead of SaaS customer success programs for Google Cloud. “For us, it’s maintaining monthly active users and increasing our retention rates. So it’s mutually beneficial.” Looker also received positive feedback both internally and externally, and the data showed that the guides met a real need among customers. They saw that 25% of new users went into the onboarding tour, and of those users, 75% continued on to the next guide. Users found the streamlined, simplified onboarding to be of immense help, putting them in a better position to stay engaged and continue their product journey. “A member of my team told me, ‘This is dope. Customers are stoked,’” said Lippsett. “I think that it was always a need and we didn’t realize it needed to be addressed until we did it. And now everyone’s just saying ‘Wow, this should have always been part of our product.’”